Case Study: Promotion of the YoWindow app for iPhone

In February 2013, the developer of the YoWindow weather computer program for Windows, Pavel Repkin, turned to us for assistance in PR support of the YoWindow mobile version in English-speaking countires. Over several years, Pavel has been actively engaged in public relations, using all sorts of ways and means, which led to publications in several periodicals, as well as the product being mentioned in the BBC News.

However, developers, who begin PR work alone, know and understand how much time and effort this laborious task requires: analysis of the target audience, preparation of a media base and search for the contact information of specific journalists, writing and sending texts, and regular communication with the media.

To introduce a new iPhone mobile application to the target audience in English-speaking countries (US, UK, Australia and Canada) by publications in popular media.

YoWindow is a weather application for iPhone, that shows weather conditions, the change of seasons and the time of a day graphically, with live animated landscapes, and reflects the weather outside in real time. Moreover, by moving a special slider, you can see how the weather will change during the day. In addition to accurate weather predictions, the application also displays sunrises, sunsets, and moon phases. The visual part of the application is supplemented by sound effects (the sound of rain, birds singing, thunder and roar of the waves, etc.).

TARGET AUDIENCE AND MEDIA BASE

The YoWindow weather application has a wide target audience, so the media base included not only specialized iOS resources but also resources for gardeners, fishermen, photographers and travelers.

After pitch letter distribution, replies were received from editors of The Guardian, The Next Web, iPhone Life, Mac Rumors, 148Apps, TUAW.

After prerelease, such publications as Maclife and TechCrunch responded. Thanks to pitch letter and prerelease distribution the majority of publications appeared on the day of the application release. 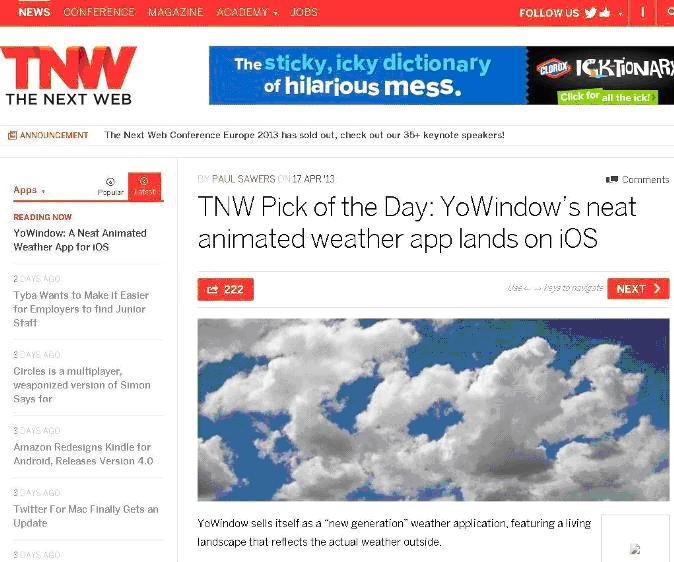 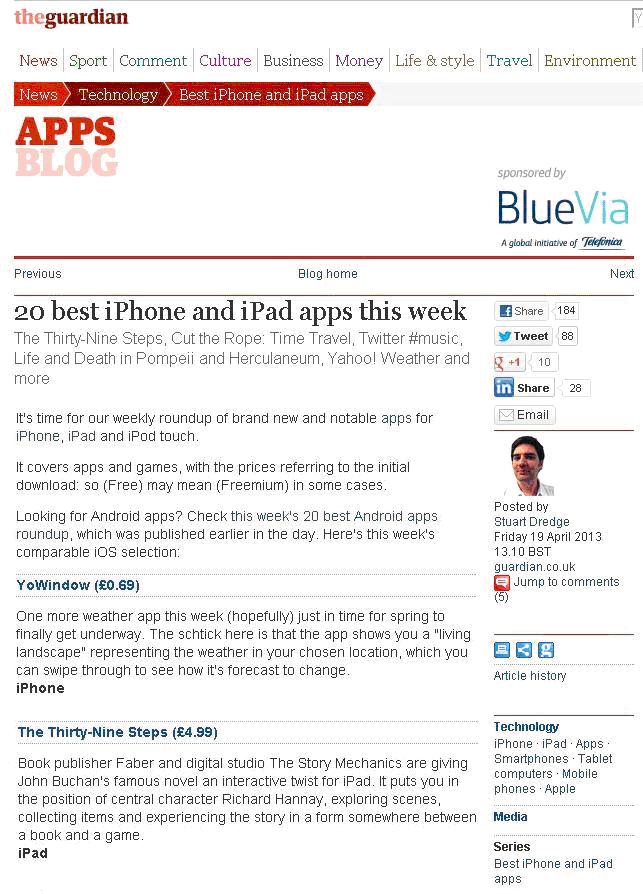 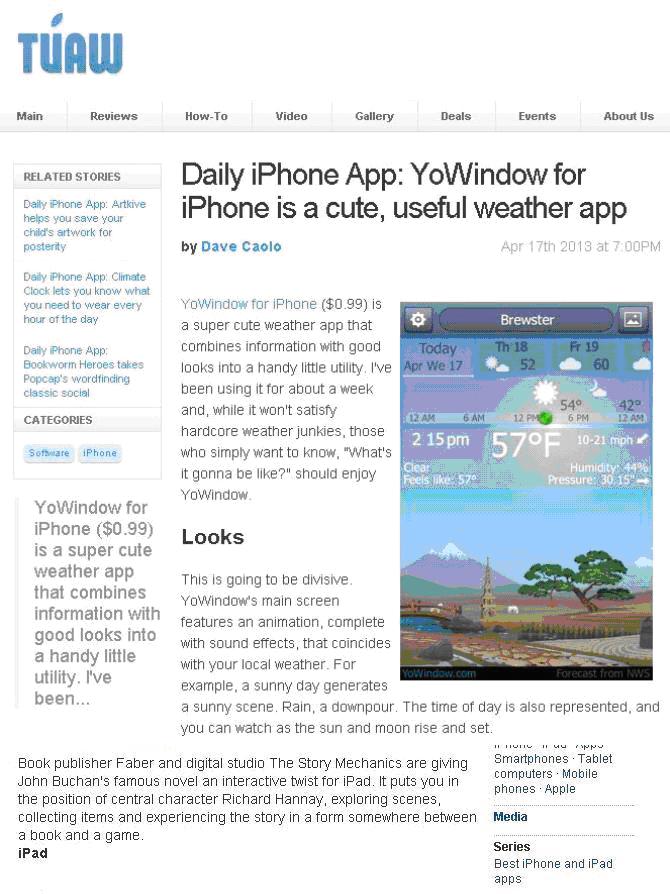 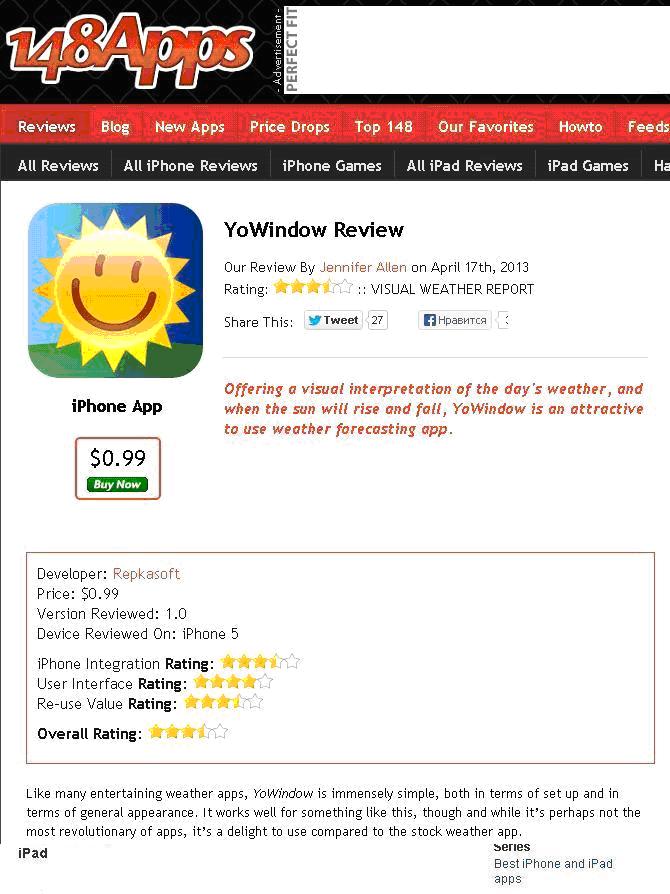 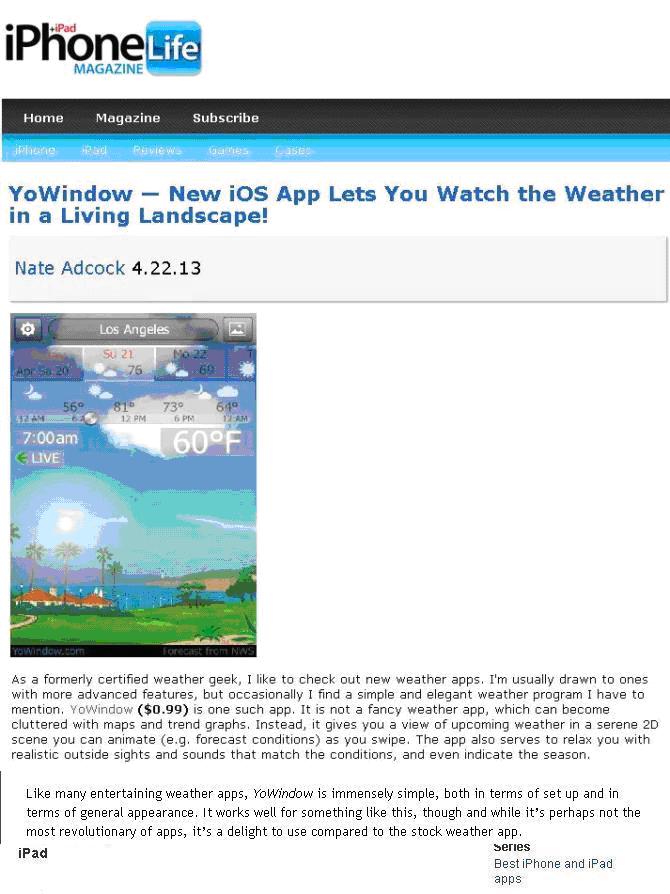 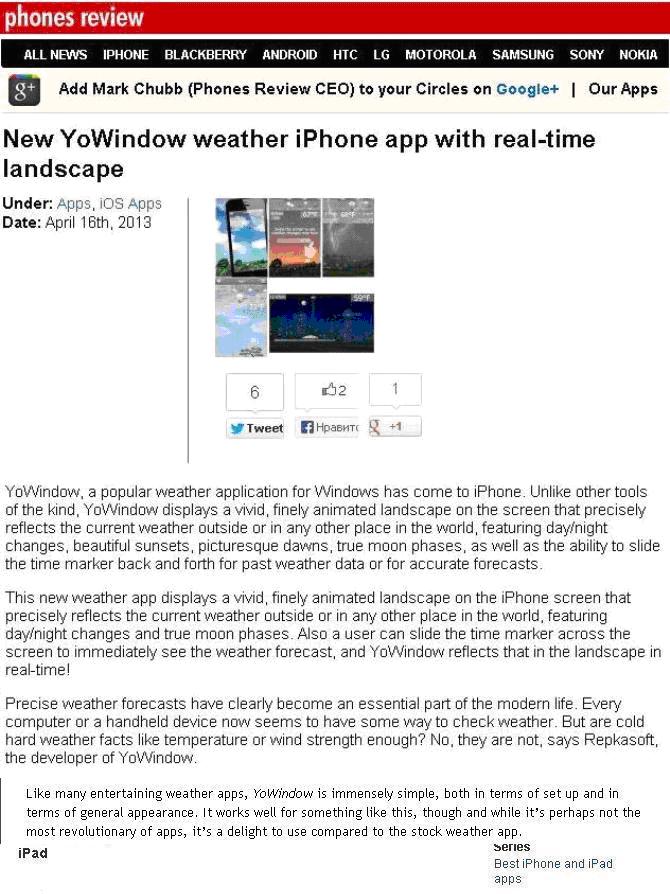 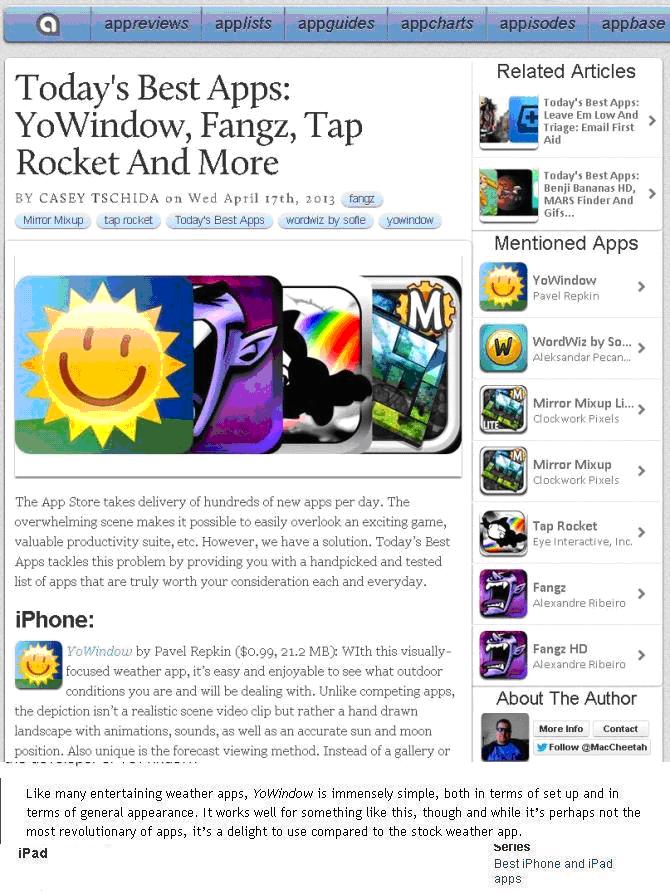 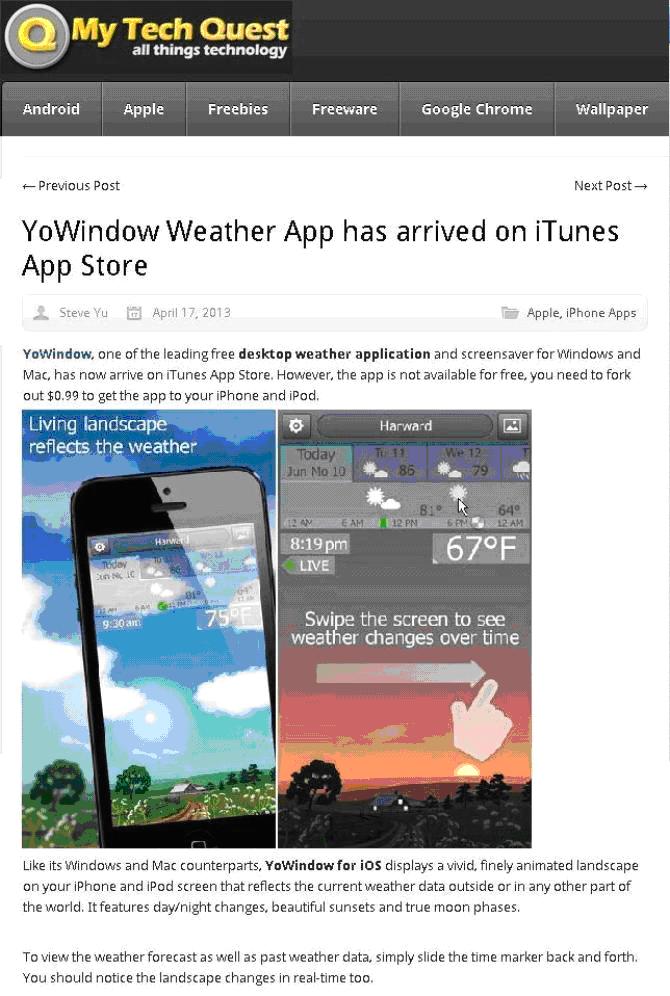 It is worth remembering that a reaction to your messages from a journalist does not always result in a publication, as it was in the case with MacLife and TechCrunch. The absence of publications on these two resources may have been associated with the release of the free competitor application Yahoo Weather the following day, about which these periodicals did write reviews.

I hope these tips will help you to successfully convey a message to the media about your mobile application and achieve the maximum number of publications and downloads.