GRG Software Company released PerfectScreen program for everyday use in order to prevent damages and to correct initial stage damages on LCD monitors (also with LED-lighting) caused by image persistence.

According to studies, every second LCD monitor has insignificant damages because of the main disadvantage of LCD technology itself – image persistence. It appears on the monitor screen after a long display of a static image, such as Windows taskbar, elements of Microsoft Word or Adobe Photoshop interface. Since wide-screen monitors were introduced to the market, this problem became especially significant, because due to their sizes not the entire screen is being used.

PerfectScreen program allows to resolve the issue of image persistence and to protect the monitor screen from damages. The program runs automatically in the background, therefore the user does not need to do anything. It is also capable to inform the user that the image persistence limit has been attained. On top of image persistence, the program may be used to prevent the appearance of stuck pixels and to correct them. 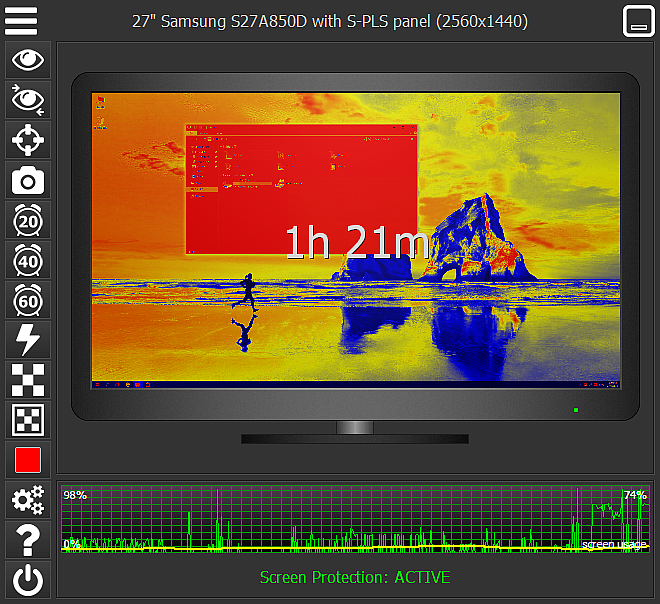 PerfectScreen contains highly optimized algorithms, which allows minimizing the use of the computer resources. The program is suited for both home users and companies who wish to protect not only their property but also the health of their employees because image persistence creates a significant discomfort for the users.

PerfectScreen is available for Windows 7, 8/8.1, 10, both 32-bit and 64-bit editions. The price of the full version for one computer is $29.95. Discounts are available depending on the quantity of an order.

GRG Software develops and distributes software for home and business users internationally. The company is constantly improving their products and services. They are fully tested to the highest quality standards.