The Privatix Limited international company reports the successful fundraising of ~1,610 ETH (~$470,000) within the pre-ICO and announces the ICO for its blockchain-based Privatix Network platform. Due to huge interest, the 99% of the contributions was sent even before pre-ICO started by early-bird contributors 30 ETH minimum. The completely autonomous decentralized Privatix Network will allow network users worldwide either to sell the spare part of their bandwidth for cryptocurrency or to buy it.

At present, experts specify the following key problems the Internet faces: information security, censorship and decreasing bandwidth capacity. The Privatix Network platform is aimed at solving these very problems. It is a part of the completely autonomous and decentralized P2P VPN network based on the blockchain technology.

Network users can share their Internet bandwidth with other users and get paid in cryptocurrency or buy other users' bandwidth for their personal use. It is common knowledge that users relatively rarely use all the bandwidth capacity they have. At the same time, the increase in the popularity of HD content and streaming results in permanent demand for higher bandwidth capacity.

It is impossible to hack Privatix Network, it is completely protected against information theft or unauthorized access because all channels in it are encrypted and all payments are made in cryptocurrency. The network developers guarantee not only technical, but also legal security for users who sell the excess of their Internet bandwidth in case their IP address is used for illegal activities.

Wide opportunities both for business and for private users is an important feature of Privatix Network. Thus, the release of Privatix.Agent – a cross-platform application making it possible to buy and sell Internet bandwidth capacity – is planned for the end of 2017. In 2018, the decentralized VPN service will be launched and it will become possible to buy and sell Proxy/Socks via API. Finally, such network-based products as Privatix.FAAS (Freedom-as-a-Service) and Privatix.Monetize in the form of SDKs for mobile app developers will appear in 2019. 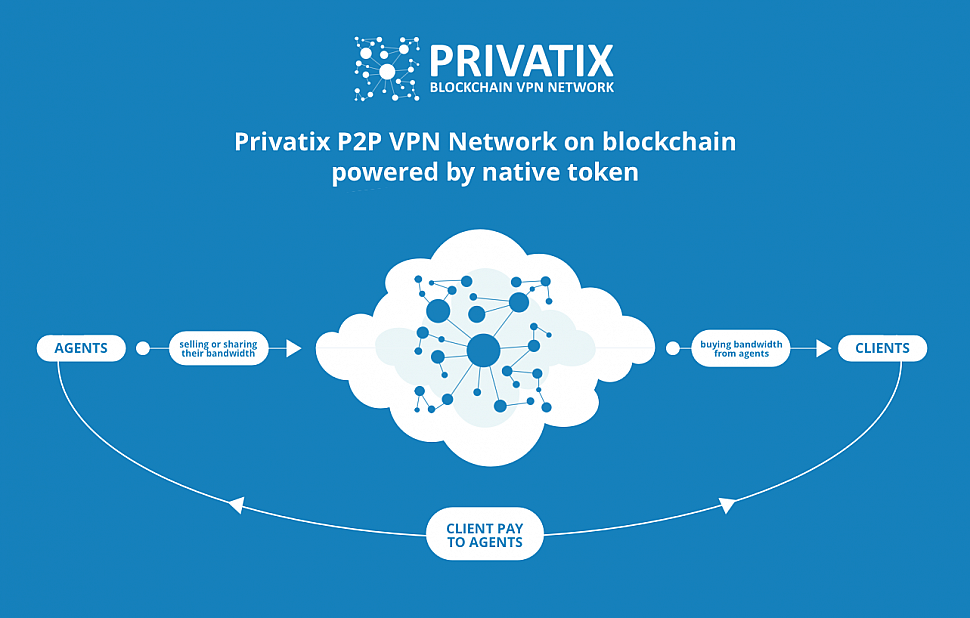 The launch of the platform is planned for the first quarter of 2019 while, on September 14, 2017 at 14:00 (UTC), Privatix Network launched the pre-sale of the first package of 300,000 tokens, 99% of which was bought up by investors in the early-bird phase even before pre-ICO started.

Now Privatix Network announces ICO that will be launched on October 19, 2017 at 14:00 (UTC), but the company asks to follow updates because the date can be changed for the early one: the second and last package of 8,000,000 tokens will be out for sale.

The ICO whitelist registration is available on the website https://privatix.io

Privatix is a company engaged in the development of distributed solutions based on its own platform with more than 10 years of experience in creating VPN solutions. Privatix projects include: the cross-platform VPN service - privatix.com, the Temp-Mail temporary mail service (temp-mail.org) and the VPN service for professionals - 5vpn.net