Planet Commander: the Game for Space Battle Fans is Released

Cube Software company released a new online space shooter on the Android platform. Planet Commander proposes to try out the role of a space dreadnought commander. A player will have to go into furious battles leading to ultimate elimination, both on planets and in open space, and both in PvP mode and in campaign mode.

Planet Commander includes flights on space frigates, destroyers and cruisers, dynamic battles with human and AI enemies, detailed graphics and comfortable controls. The player takes command over a battle spaceship. The weapons and auxiliary systems of the ship initially leave quite a lot to be desired, but victories in multiple PvP and PvE battles will allow the player to gather experience and gain valuable resources to enhance the ship.

According to the developers, the outcome of battles depends equally on both the in-game characteristics of the ship and crew, and the skills of the player. Therefore, Planet Commander will be of interest to both experienced gamers and newbies, as well as to those who are fond of upgrading their characters over a long time, and those who like to engage in a couple of battles in their free time.

The modern graphics are not resource-consuming, while the controls are intuitive and logical. At the same time, the player does not get the impression of controlling a plastic toy. The authentic animation and physics succeed in giving the sensation of a massive spaceship capable of destroying a whole city with one salvo. 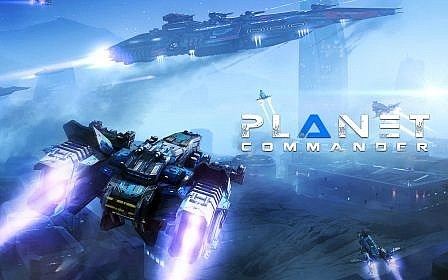 Planet Commander is a free game with in-game purchases. The game is available for devices on Android 2.3 and higher.

Cube Software is a developer of games on the Android platform. The company is under two years old, but three projects of the company – Modern Warplanes, Block Tank Wars and Tower Defense Heroes – have together been downloaded more than four and a half million times in this period.