The account transfer service for moving La Tale accounts from OGPlanet to their new home at Papaya Play is available now. By using the transfer service, players can designate their new accounts as special ‘legacy’ accounts and receive a welcome package of exclusive rewards when La Tale goes live on Papaya Play servers on June 28th. Alongside the game improvements and relaunch, La Tale will also be introducing the new massive-scale content update "Call of the Goddess", which includes new legend skills, over 100 new quests, 20+ new monsters and more.

With the conclusion of OGPlanet’s service of La Tale on June 28, 2017, the game will be moving and relaunching through Papaya Play. The La Tale team is using the relaunch as an opportunity to rebalance character classes, implement significant game system improvements, and overhaul the monetization model to enhance the overall La Tale experience. As a result of the service change and relaunch, however, all existing player data and progress from OGPlanet will unfortunately be lost.

Invested player time and community contributions are very important to the La Tale team, and to thank the community for their continued support as the game enters its next exciting phase, all players who use the transfer service to create a new La Tale account through Papaya Play will not only have their new accounts designated as special ‘legacy’ accounts, but will also receive exclusive rewards when La Tale goes live on Papaya Play servers on June 28th. The transfer service is only available for a limited time, so players should complete the transfer process as soon as possible.

Alongside the game improvements and relaunch, La Tale will also be introducing the new massive-scale content update "Call of the Goddess", which includes new legend skills, over 100 new quests, 20+ new monsters and more.

La Tale is a beautiful 2D side-scrolling fantasy MMORPG with fast-paced combat and deep customization. Players embark on an epic quest across the magical continents of Jiendia and Freios with other heroes from around the globe to battle against the forces of the Demon World and search for the mysterious hero Iris Livier.

La Tale’s sprawling world features 500+ exotic locations, including a huge variety of exploration fields and instance dungeons packed with quests and secrets. Players can choose from 9 distinct base character classes, each with an extensive tree of skills, subclass specialities and outfit customizations, and create their own unique hero of legend. On their adventures players can combat fearsome enemies and challenge colossal bosses solo or with a party of other heroes choosing from dozens of special abilities and enchanted magical items.

At the heart of La Tale is its dedicated community, where players can chat, make friends, join Guilds, and even open their own in-game shop. Regular in-game events and content updates ensure there is always a new adventure waiting for La Tale players every day. 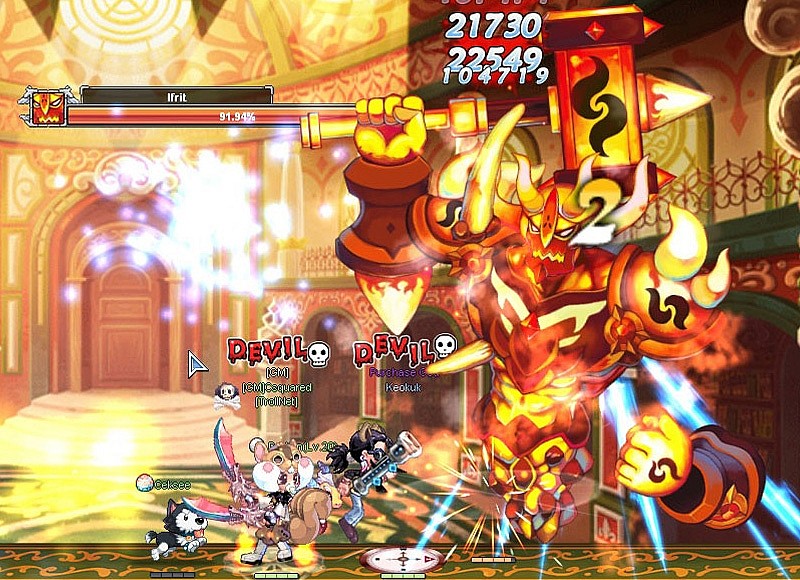 La Tale is a free-to-play game for Windows operating systems. It is accessed through a game client and requires an Internet connection to play.