LCPSoft has announced the release of a new product: JRecover for Linux Passwords 1.1.0. The program imports hashes of user passwords of various Linux distributers from a shadow file from a local computer or a remote computer using an SSH protocol, restoring original passwords using one of three methods.

The cornerstone of system security and user data protection is password security. In the Linux operating system, user passwords are stored not in an open format, but as hashes. If a user only know the hash, he cannot restore the original password. It can, however, be matched, although this recovery method takes significantly longer.

JRecoverer for Linux Passwords allows users to automate and speed up both steps in restoring Linux user passwords: importing hashes from shadow files, from text files, or using an SSH protocol, and using them to restore passwords. The program is cross-platform and can run on any operating system with Java Runtime Environment (JRE) installed.

When importing information using an SSH network protocol, the program gets information about user accounts from the remote computer and authenticates on it. If necessary, the program can automatically activate SU and SUDO commands to increase user permissions while copying files.

The program supports password recovery from seven kinds of hashes — all potential varieties for the most popular Linux distributers , including Arch Linux, CentOS, Debian, Fedora, Gentoo, Knoppix, Linux Mint, openSUSE, Oracle Linux, Red Hat Enterprise Linux, Slackware, SUSE Linux Enterprise Server, and Ubuntu. Moreover, dictionary attacks (where a word hash is compared to the imported hash) can be used, as well as sequential search (brute force) with a limit on the number of characters used and password length. A combination of both of these methods can be used. 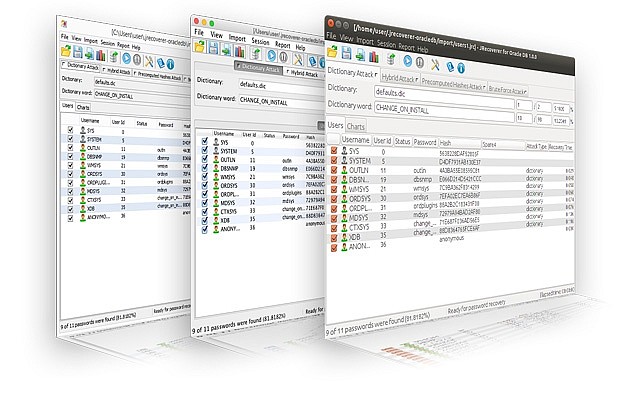 JRecoverer for Linux Passwords is a cross-platform application and supports any OS on which Oracle JRE can be installed, including Windows, macOS, and Linux.

The cost of a license is $55 for a year-long subscription, which includes the use of all versions and technical support during the subscription period, or $75 for an indefinite license for only the current version and its updates.

LCPSoft is a software developer in the data protection and information security segment. A key advantage of our software products is their cross-platform functionality, which significantly expands their range of use and reduces client expense.