Vertigo Games released the long-awaited Action Update 19 – Part 1 for Dekaron, the extreme action RPG. Dekaron is a renowned classic MMORPG with fast-paced brutal PvP and a sprawling world map full of quests to complete and dungeons to conquer.

Set in Trieste, a land of fallen gods, demons, and legendary heroes, Dekaron chronicles the struggle between the last powerful remnants of humanity and the dark forces of the Abyss. A player can choose one of 11 character classes, each with their own unique gear and abilities, and become Trieste’s greatest champion.

Featuring nearly 10 years of playable content, Dekaron is a cornerstone of the MMORPG community that continues to grow with the help of its dedicated community. Eagerly awaited by fans for over a year, Part 1 of the massive ACT19 update to Dekaron includes new systems, enemies, weapons, quests and much more.

Key features of the game:

- Delve into the depths of the Forgotten Underground Temple and face room after room of new deadly fast-respawning monsters in a new level 185+ dungeon;

- Create ultra-powerful gear and take on Dekaron’s world in style;

- New character titles show off the game’s achievements to the world: complete specific quests and challenges to collect them all; 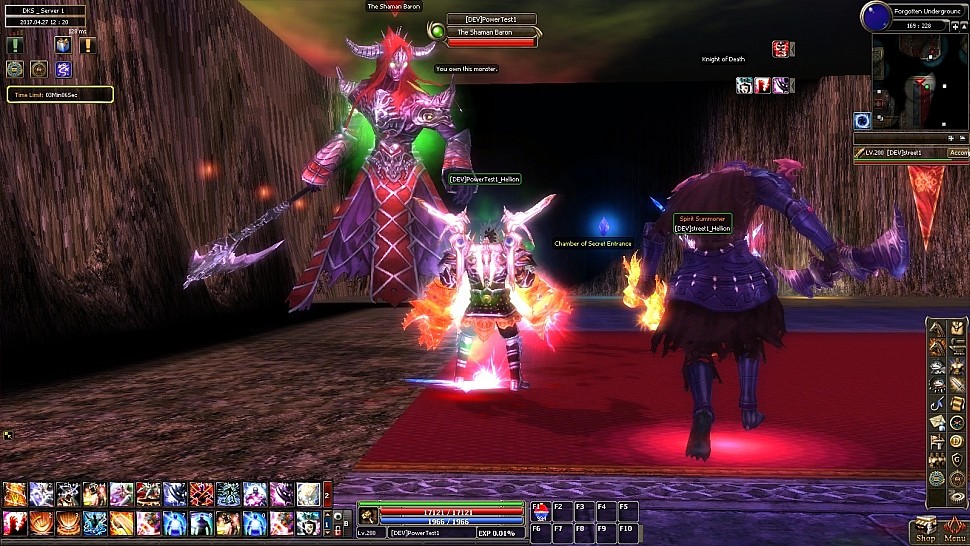 Dekaron is a free game. It is available on the Windows platform.