FreeFileSync has released version 9.1 of its free open source file synchronization utility for Windows, Linux, and macOS. The new version supports synchronization via FTP (File Transfer Protocol) and the encrypted variant FTPS (SSL/TLS). This further enhances FreeFileSync's capabilities to not only work with local drives and network shares but also synchronize mobile and cloud storage.

FreeFileSync eliminates the tedious and error-prone task of manually identifying files that have changed on the source folder and copying them to the target folder, no matter what protocol is used to access files. Users can set up mirror, two-way or custom synchronization rules and then create batch jobs that run the sync without requiring manual interaction. Batch jobs can be started with a simple mouse double-click or triggered automatically by a task scheduler.

FreeFileSync detects moved files and reproduces the move on the target drive. This avoids time consuming file copy and delete operations and instead completes the task with a single hard drive access. This even works in mirror synchronization scenarios where the target file system does not support file IDs (e.g. FTP/SFTP) or has unstable file IDs (e.g. FAT). 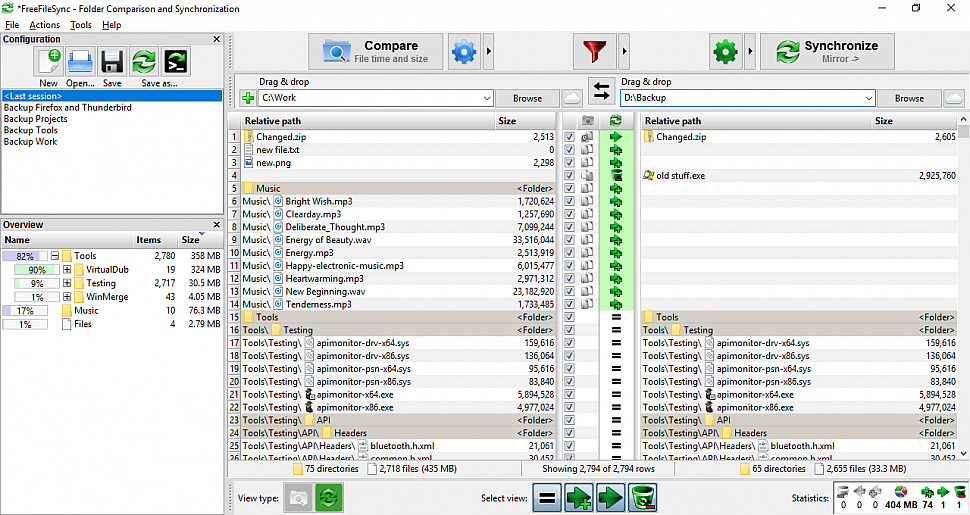 FreeFileSync supports MTP (Media Transfer Protocol), making it easy for users to synchronize files and folders between their PCs and their iPad, iPhone, Android smartphone, tablet, digital camera, digital audio players, or other MTP devices. The tool is fully integrated with Windows Explorer and allows users to jump to their MTP files in Explorer, open them directly with their default application, or to drag and drop MTP folders from Explorer into FreeFileSync. FreeFileSync supports FTP, FTPS, SFTP, enabling web developers to publish changes to their local website copy by running a FreeFileSync batch job - with only a mouse double-click.

The software has been optimized for usability and performance. It can scan a hard drive with hundreds of thousands of files in a few seconds, while scanning multiple folders in parallel. The synchronization steps are laid out in the optimal order that minimizes peaks in disk space consumption and FreeFileSync's fail-safe file copy algorithm prevents data corruption when the synchronization process is terminated unexpectedly, e.g. due to power loss. 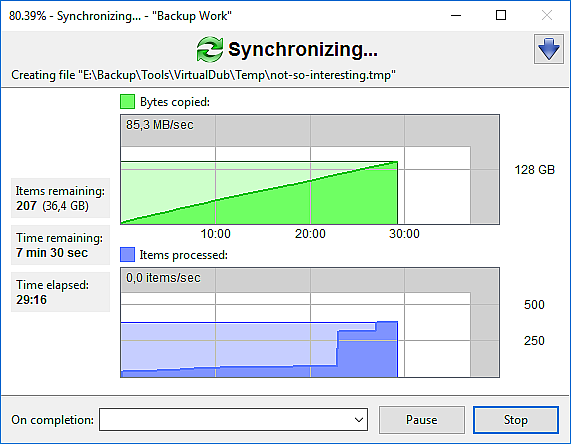 Graphs and detailed messages give relevant feedback and provide structure on multiple visual and textual levels: Getting an overview of a hard drive's space distribution can be quickly accomplished by navigating a directory tree showing file count and sizes below each node.

FreeFileSync is available without cost. FreeFileSync runs on Windows XP/Vista/7/8/8.1/10, Mac OS X 10.7 and newer, and all major distributions of Linux. 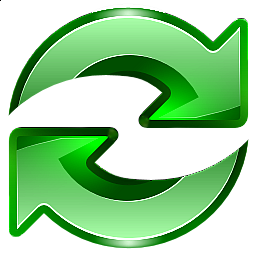