ScanTransfer 1.0 is a free desktop application released recently. The software allows smartphone users to scan a unique QR-code on the desktop screen using a standard iPhone camera and transfer images to that PC via the local Wi-Fi network.

There are multiple ways to copy photos from a smartphone to a PC: sending via e-mail, sharing in a social network, wired connection to a PC and others. But every option requires some preliminary configuration and is not always as straightforward as users anticipate.

ScanTransfer, a new desktop application, offers probably the simplest way to transfer any media from a smartphone to a desktop PC. Once run on the PC, the application displays a uniquely generated QR-code on the screen and asks the user to scan it using the smartphone. Then, the application transparently creates a local network between the PC and the smartphone and hence allows effortless transferring of video and image files to PC.

Importantly, the QR-code shown by ScanTransfer can be read with a standard camera app of iPhone or Android Chrome browser as well as using Facebook or Twitter. No third party QR-code readers are required. In other words, copying files from a smartphone to a PC is a matter of scanning just one QR-code now. 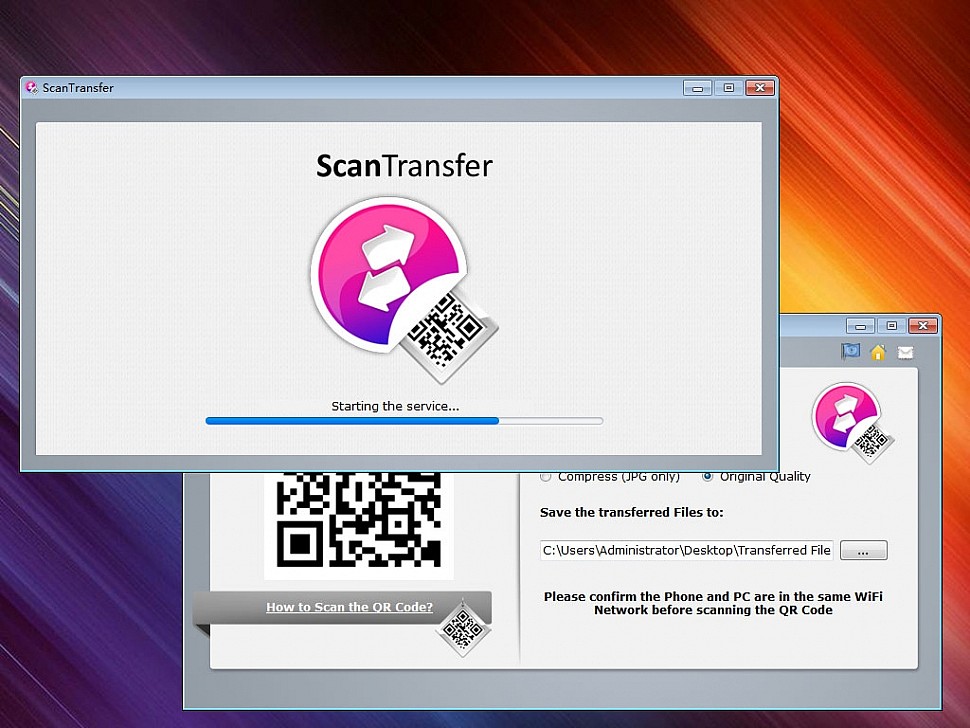 Provided the program is shipped with a portable version that does not require installation, ScanTransfer is effortlessly one of the most straightforward ways to export photos and videos from a smartphone.

Finally, the program is multilingual with 14 supported languages as standard.

ScanTransfer is developed by Woody Wu, an independent programmer and entrepreneur. 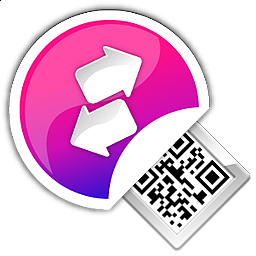